The Value of Airline Club Memberships and Tour Director Secrets 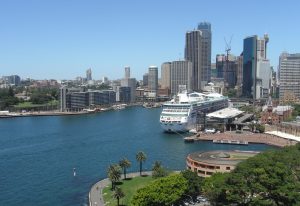 On the Sunday, December 29th edition of The Travel Guys…

* In the Travel News, one of Washington, DC’s coolest museums says goodbye, and Uber is back in the news.  The subject is once again rider safety.  In light of another helicopter crash in Hawaii, we once again renew the fixed wing vs. helicopter debate.

* In our Smarter Traveler segment, with Clayton Whitehead sitting in for Tom, we talk about attire on cruise ships – is the “formal night” officially gone; whether or not airline clubs are worth their not-so-cheap membership fees, and the importance of having the right expectations when you travel, about everything from security to seating on the plane and local customs.

* The ride service, GoGoGrandparent was first featured on the show over a year ago.  It’s Uber/Lyft for mature folks and can be summoned with a phone call.  We get an update on their services.

* Between them, Clayton and Mark have over 60 years of Tour Directing experience.  They share a list of Tour Director secrets and add a few of their own.